You and I have both been leaving a movie when a surprise scene after the credits shows up – a “credit cookie.”  You may think these are a modern development, but filmmakers have been doing them for years. Wikipedia gives me a list of some of the most known: Night of the Living Dead (1968), The Muppet Movie (1979), Airplane (1980), The Cannonball Run (1981), Masters of the Universe (1987), Harry Potter and the Chamber of Secrets (2002), Daredevil (2003), Napoleon Dynamite (2004), and X-Men The Last Stand (2006).  More recently, Wiki notes that the Marvel Cinematic Universe has made huge use of the method to introduce pre-planned sequels: Iron Man, Captain America, The Avengers, and Spiderman; and Pixar has delightfully included many a humorous post-credit scene: A Bug’s Life, Finding Nemo, Cars, Toy Story 3, The Good Dinosaur, Inside Out and Finding Dory.

The Gospel of John does basically the same thing.  Without a doubt, the climax of the story in the gospels is the resurrection.  The other 3 gospels (Matthew, Mark, and Luke) pretty much end right there, with Mark even cutting off so abruptly that it barely feels like a planned ending.  But John adds one more scene after the credits start rolling – an epilogue in chapter 21, that R.C. Sproul points out, ties up one of the biggest loosest ends, the status of Simon Peter, who had miserably failed Jesus.  And that credit cookie gives us a lot of hope, because in it Jesus heals and commissions Peter, just like he does us today.

This is one of the most famous breakfasts of all Christian history, where Jesus questions Peter in front of the soggy bunch of disciples.  Peter had once made the great confession to Jesus, “You are the Christ, the Son of the Living God,” (Matt. 16:15), but had also made the great denial, “I am not [one of his disciples]” (John 18:17).  It almost looks a bit cruel, the way Jesus sets the scene up, because he does four things to press into Peter’s failure. First, if we look back at verse 9, he builds a charcoal fire.  Why is that detail mentioned?  A charcoal fire has been mentioned once before in John’s gospel – chapter 18 – at Peter’s denial of Jesus.  Humans have a relatively poor sense of smell, but when we do smell something, it takes us back like almost no other sense. So it’s not too much of a stretch to imagine that Jesus created the smell and the glow to take Peter right back to the memories of his failure.  Second, Jesus repeats the same question three times: “Do you love me?” which clearly echoes Peter’s three-fold denial of Christ in chapter 18: to a servant girl, to a small anonymous group, and to a servant of the high priest.  Third, Jesus three times calls Peter “Simon, son of John,” not “Peter, the rock,” the name Jesus had given him in chapter 1.  Fourth, Jesus asked Peter “Do you love me more than these?” most likely meaning the other disciples, because Peter had boasted at the Last Supper, “Even if everyone else falls away, I will lay down my life for you” (John 13:37).  Is it any surprise that v.17 tells us that “Peter was grieved?”

What is Jesus doing, why didn’t he just put his arm around Peter and say, “you had a bad day and forget about it” – is he just pouring salt into the wound?  Is he getting back at Peter, getting a little bit of revenge or payback, the way we probably would?  No – this is the One who never uttered a word he didn’t mean – he is the Great Physician with a sharp scalpel in his hand who cuts with surgical intention.  When Jesus encountered the Samaritan woman at the well in John 4, he didn’t minimize her sinful past but exposed it even further, “You are right in saying you have no husband; for you have had 5 husbands, and the one you now have is not your husband.”  And just like Jesus saw and knew Peter (and the woman), Jesus sees and knows us. There are layers and layers to our pride and rebellion that manifest in a myriad of ways in our daily life: angry outbursts at kids, porn on the computer, cheating on exams, making racist remarks, being greedy with our resources, and the list goes on – none is a surprise to him!  Jesus sees the depths of our sin and he doesn’t minimize it because he loves us.  A good doctor wouldn’t tell a person with a broken leg to “walk it off” or tell someone with cancer to “take some aspirin.”   A good doctor conducts a thorough exam and lets you know if your condition is more serious than you may realize!  Jesus refuses to give superficial sentiment to subterranean sin; He digs beneath the surface to reveal the root of our problems.

But the best doctors don’t just give a diagnosis, but they also give treatment.  We see in this passage Jesus not only diagnosing Peter but healing Peter.   Three times Jesus asks Peter, “Do you love me,” and three times Peter answers, “Yes Lord!”  As Peter responds, Jesus tells Peter to feed my lambs (v.15), tend my sheep (v.16), and feed my sheep (v.18) – in other words, “pastor my people.”   Jesus is essentially saying, “When I called you the first time I told you to fish for men and now I also want you to feed my sheep” – in other words, “I’m not done with you!”  Jesus is treating Peter’s three-fold denial with a three-fold recommissioning.  Jesus doesn’t put Peter in timeout for a year after the resurrection but instead tells him to have some grace with your breakfast and get to work!

This recommissioning is even clearer when we compare this story to Luke 5:1-11. There are all sorts of similarities between the two stories: the same place (the Sea of Galilee), the same people (fishermen: Peter, James, John), and maybe even the same boat.  The disciples experience the same circumstances; they fish all night, catch nothing, a man shows up and tells them to let down their nets again, and a miracle of fish happens.  But in the end note one key difference: Peter hid from Jesus in the first encounter: But when Simon Peter saw it, he fell down at Jesus’ knees, saying, “Depart from me, for I am a sinful man, O Lord” (Luke 5:8).  R.C. Sproul notes that is the universal response when people recognize the unveiled holiness of Jesus – a hiding.  When Peter caught a glimpse of character of Jesus, he was overwhelmed with a sense of guilt and he wanted distance between him and Jesus. Now, in the second encounter, and even after all his failures, Peter ran to Jesus: “When Simon Peter heard that it was the Lord, he put on his outer garment, for he was stripped for work, and threw himself into the sea” (John 21:7).  This is the universal response when people truly recognize the unveiled grace of Jesus. When Peter caught a glimpse of the man on the shore, even though he had more guilt and shame than three years before, he was overwhelmed with desire to be near Jesus. What is the difference between the two encounters?  Peter was aware of Jesus’ holiness and power the first time. Now Peter is aware of Jesus’ holiness, power, and grace, and so this time Peter doesn’t run from Jesus but runs to Jesus, and now he is free to obey Jesus and be about the work of the kingdom!

Just like Jesus forgave Peter’s sin and commissioned Peter to work for the kingdom, Jesus does the same for us.  No matter where we’ve been and no matter what we’ve done, we can live for Jesus!  Don’t let our sin put us on the bench – Jesus has put me and you in the game!  The prerequisite for usefulness in the kingdom is not moral perfection or intellectual ascension, but moral bankruptcy and complete redemption.  Kingdom power is being recommissioned over and over to make a difference for Jesus no matter how many times we stumble, struggle and fall!  So you blew it this week with the family – get back in there and have family devotions!  You self-medicated on tv, porn, or work – be honest and continue to fight it! You were too scared to share the Gospel with a friend – laugh and try another time!  God enables those whom Jesus calls to persevere – you are never a lost cause!  In the midst of fear/frustration, Jesus says put down your nets and boom – fish!

So remember, the story isn’t over with the resurrection.  Now God wants to restore you.

Check these resources out if you want to learn more: 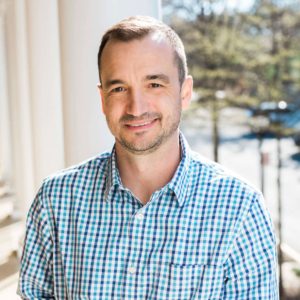 The With-ness of God

Missio Advent – What’s in a Name?

Culture is Upstream from Politics: 50 Responses