“Marley was dead… as dead as a door nail.”

With those famous words we enter into one of the best-ever stories, “A Christmas Carol” by Charles Dickens. It is read and read again the world over during these days of December, and in theaters small and large we are offered one more take on this story of one man’s long, dark night of the soul.

The question at the heart of Dickens’ novel is simple, even if incredibly complex. What does it mean to see? But to press the point: why is it so hard to see, to see ourselves honestly, to see the world truthfully? There are a thousand reasons which make that hard, which is why listening into the life of Ebenezer Scrooge is a grace… if we honestly want to see, to truthfully see.

Last Friday I was asked to speak to the staff and faculty of Regent College at the annual Christmas party – so much good to eat with wonderful music that was playful and profound and then a brief homily on “something about Christmas.” I chose my favorite Christmas story as a way in.

We all know where the story begins. Scrooge sits with his solitary supper of soup, so successful in business, so sad as a human being. And then, surprise of surprises, the visit of Jacob Marley, his now-dead business partner who promises a perplexing pilgrimage through the years of his life and the hours of the night, offering his friend Ebenezer one more chance “to see.”

We watch the young boy sent off to a lonely school, far, far away from hearth and home. Abandoned by his father, his mother dead, he is left alone as no child should be, and necessarily if tragically he begins closing his heart to the ordinary feelings that ought to form our hearts— and therefore why and what we see. Through these little boy years that are becoming his young man years we see one more severe experience after another, and we see him, slowly by slowly, becoming a hard-hearted man.

But then I lingered over the tender moment in the home of the Crachit family, with the Mrs. having made the most wonderful Christmas pudding ever, and the Mr. serving his dearest ones Christmas punch— with Tiny Tim giving us a blessing for the ages. For the first time Scrooge begins to “see” something he has never before acknowledged, and he asks the Ghost of Christmas Present if Tiny Tim will live. With a profound poignancy the Ghost responds that, “If these shadows remain unaltered by the future….” And we see Scrooge begin to see, to see himself drawn into the hope and need of the little boy’s life.

As these ghosts of Christmas Past, Present and Future bring him along into a world he does not want to know, we begin to ache ourselves, longing for him, hoping for his heart, wanting him to see who he is, why he is, and what he could be and should be.

Scrooge’s questions, yes, but questions for all of us. 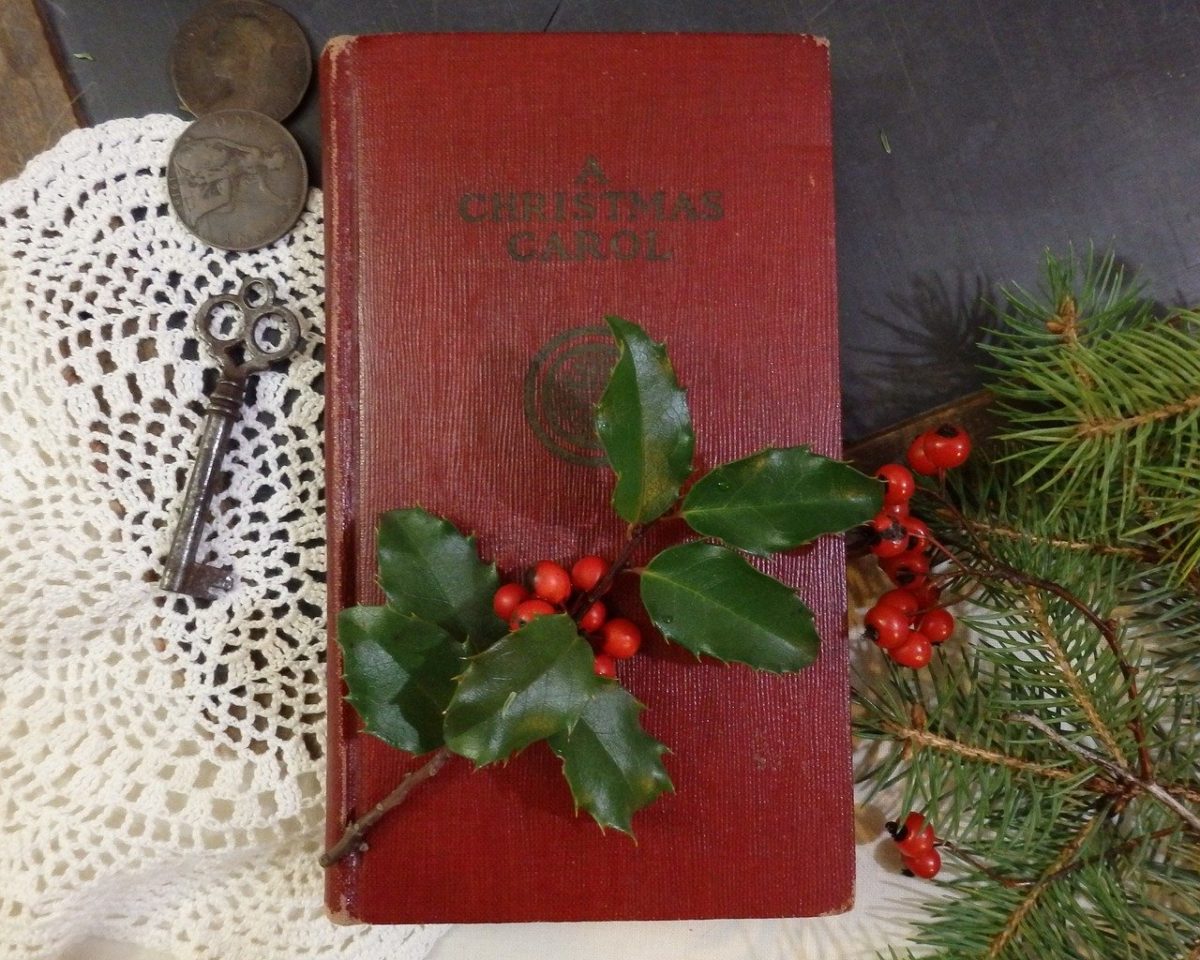 Why is it so hard to see? I wonder why she just doesn’t “get it”? We wonder why he simply cannot “see” what others see? This is as much a problem in our most personal relationships, the most intimate relationships of our lives, as it is for the most public of our responsibilities, for the public square relationships that are ours, whether we want them or not. Think about it.

A friend who can never see the necessary mutuality of friendship. Why is she so blind to what really matters for friendship to flourish?

Ego-centric political leaders who just don’t see beyond their own ambitions, beyond the next election cycle. Why don’t they see?

A neighbor who fails to understand that he lives in a neighborhood.

A political party (either one) which imagines that justice is “just us.” Why can’t they see?

A spouse who miserably never seems to see that true friendship is the very heart of a good marriage, and that me and we must find their way to a mysterious union.

The terrible American, Canadian and Mexican mistreatment of First Nations peoples. Why didn’t we see?

A business that misuses people and places for profit. Why can’t they see beyond the moment, and into the future that belongs to all of us?

A colleague who characteristically crushes people, not seeing that working together means working well together, with honest collegiality marked by “thank you” and “I’m sorry,” four simple words that make or break the days of our lives.

A child who cannot seem to see that we would all be happier if everything wasn’t always about you! Oh, my dear one, please, please, open your eyes!

This question is what drew me into one of the most meaningful nights of my life twenty years ago, an evening with the leaders of the Tiananmen Square protest, which tragically became a massacre. To a person these people loved China, and each one was weighted by their sense of responsibility for the future of China.

This question took me to Central Europe this last month, listening into the longings of good people who yearn for their common good, working hard to understand the meaning of vocation for their time and place. For love’s sake, they see themselves as responsible.

And this question was one I began with this last week in my semester-long class on the meaning of vocation, where we read an essay from the New Yorker about a university student in Moscow who spoke at his trial for treason about his true motives— which were a million miles from anything treasonous —and instead were born of a deep love for Russia, a great responsibility for Russia grounded in his Christian faith.

Each one is a story of people seeing themselves implicated in history, for love’s sake, responsible for the way of the world, for the way it is and the way it could be— and naming my own deepest hopes, for the way the world someday will be. Always it is a matter of having eyes that see, which for everyone everywhere is the most difficult transformation of all.

The New Testament gives us this in the word, “metanoia,” a deep change of mind and heart, a systemic and structural remaking of our souls, of who we see ourselves to be, of who if fact we are. In its own Dickensian way, the matter of metanoia was the great question for Ebenezer Scrooge that long night. Truth be told, and it must be, metanoia is always a matter of great grace, which is very hard to believe. Even Dickens, the great novelist who saw so much so clearly, faltered here in the end, not able to believe that this kind of true transformation is finally and fully, necessarily and profoundly, always grace— surprising, unexpected, amazing grace.

I chose to end by remembering the great carol of Christmas, “Of the Father’s Love Begotten,” written by a man of the world in his own day, Aurelius Prudentius, known over the years as a lover of God and a lover of the world, who in and through his vocation as an lawyer in the Roman Empire of the 4th-century A.D., offered his gifts as both a politician and a poet. I love this hymn for many reasons— its ancient setting, the life and labor of the composer, its theological richness —and sing it and sing it again year by year, sure that I am entering into one of the most worshipful songs of all. And yes, it is a song that tells the tale of God choosing to see himself implicated, for love’s sake, in the way the world is and isn’t, and the way it could be and should be, and someday will be.

Of the Father’s love begotten
Ere the worlds began to be,
He is Alpha and Omega,
He the Source, the Ending He,
Of the things that are, that have been,
And that future years shall see
Evermore and evermore.

Advent Meditations: Do You Hear What I Hear?

A Theology of Incarnation Amidst Online Worship