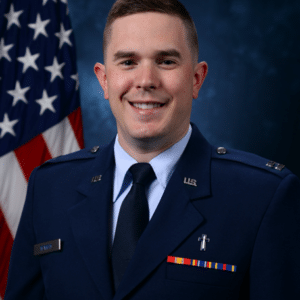 A Presbyterian pastor and reserve protestant chaplain to the Cadet Wing at the United States Air Force Academy in Colorado Springs, CO, Nathan was commissioned a Second Lieutenant in 2013 upon entering seminary and now serves at the rank of Captain. He is ordained in the Presbyterian Church in America and endorsed by the Presbyterian and Reformed Commission on Chaplains (PRCC).

November 11: A Sacred Day for a Biblical Calling

Yesterday, thousands of Washington, D.C. locals and visitors processed in reverent silence to lay flowers at the Tomb of the Unknown Soldier, commemorating its one hundredth year. Situated in the heart of Arlington National Cemetery, and established on November 11, 1921 when an unknown World War I American soldier was buried in Arlington, it has since...