These words from St. Augustine are meant for our musing in the tale of tenderness and tragedy that is the film, “Calvary,” beginning in the village church with a priest hearing a confession through the screen the shocking words, “I’m going to kill you, Father.”

Born of the terrible wrongs by priests in Ireland and throughout the world; but this priest is not that kind of priest; instead, in the words of the confessor, “I’m going to kill you, Father, because you’ve done nothing wrong. I’m going to kill you because you’re innocent.” The unseen voice explains that he too was innocent once, but in his younger years was abused by a priest, raped constantly for years, wounding him horribly— and a lifetime later the wounds still wound.

As the priest says, with sardonic wit, “It is a startling opening line.” And as the weight of the words descend upon him, he knows that there is nothing funny about this at all, and it is more macabre than he ever expected from his experience of the characteristic conversations in the confessional.

The story takes place through the days of one week, a Sunday to a Sunday, which in and of itself makes “Calvary,” very rich, a good word chosen for a morally meaningful movie. It is impossible to see it without thinking about the passion of Christ, the week between Palm Sunday and Easter; in fact, there are uncanny echoes of those days in the days of the film. But as Monday comes, and then Tuesday and more, the priest’s life is taken up with the ordinary responsibilities of parish life in a small town, pastoring his people, seeing this person and that, meeting here and there— each man and woman determined to throw their distinctive sin in his face —and all the while we know that the clock is ticking, that the dance of death has already started.

Seven days later the sun is shining, a brisk breeze is blowing, and one more time the priest lingers, the shepherd of souls he is, hearing another “confession” of lament and longing from someone who has everything, but who sees his life as nothing. The man yearns for something that will heal his heart, and the priest kindly responds, saying that he too stumbles in his faith, and he understands. With pastoral attention, honest hope is offered, and he promises more— as he makes his way down onto the beach to meet the hurt man, Sunday morning that it is, a day that the Church has remembered for 2000 years as the day when death meets life, where despair is redeemed by the resurrection.

The two talk, the wounded man full of deeply-felt anger, and the priest full of compassion— knowing the worst of the human heart, yet still choosing to love. Simply said, that is his vocation: to care for the cares of the world, in Christ’s name. These moments in the movie are weighty, with anger, and more anger; anyone who pays attention to the heartaches of history knows that there are righteous reasons for the rage. Watching as we are, we feel the justice of the man’s wrath. But will he keep his promise, “I’m going to kill you, Father”? Or will he step back? The next moments are very tender, and very terrible— and the priest is murdered.

Because the film takes place within the liturgical life of a community of stumbling saints— where ordinary life is made sacramental, if we have eyes to see —the meaning of the murder is something more than meaningless. As mysterious as the cross of Christ is for all who wonder, at its heart it is about the sacrifice of an innocent man who chooses, for love’s sake, to take into his heart the wounds of the world. And that is why this story is one for the week of Easter, especially for the days between Friday and Sunday, a story for everyone everywhere.

The words in the confessional are chilling and stark: “I’m going to kill you because you’re innocent.” And while the filmmaker does his creative best to show us the priest as an ordinary man with a history like the rest of us— a very clay-footed man with a history of glory and ruin —he is also a good priest, most hours and most days loving his people through the years of their lives, doing his work for Christ’s sake in service of his parish.

And it is that man who enters into this week with a startlingly clear vocation before him. The hours pass, the days come and go, and in imitation of Christ he allows himself to be mortally wounded, knowing what he knows of the wounds of the wounded man.

The film is not a sermon, and therefore has no “message” for its audience. But it is a story with moral meaning, as the best stories are; and if we have eyes, then we might see that it is about people just like us, from beginning to end. The priest, the murderer, the adulterer, the thief, the depressed daughter, the bully, the suicidal author, the scoundrel, the grieving widow, and more, each one a glorious ruin, in their distinct ways a son of Adam, a daughter of Eve. And threaded through is the story of the priest who feels called to his work, but who knows his frailty, feeling his own brokenness in the broken world all around him.

The final scenes of the film are signposts of that hope. As we see the whole village in a cinematic scrolling through of life after the murder, we see vignettes of the different people we have met during the week, and one is a woman whose husband was tragically killed in an auto accident on the country roads of the village. On holiday in Ireland, they were only visitors to the area, and she was among those the priest pastored during the week, taking his care to heart in her heartache. Flying home to Italy, her husband in a casket in the hold, she prays, crossing herself with belief that all is not lost, that some things are still true that give meaning to her life— that “Calvary” is still Calvary, and can sustain her in her great grief.

And then surprisingly, at the very end we see the priest’s daughter— a complex story itself, and the tenderest relationship in the film —who has chosen to visit the prison, and her father’s murderer. In simple, sober quiet, she sits waiting for him to come to the glass partition, her looking at him, him looking at her, each pondering what to do, each picking up the phone for what becomes a conversation without words. The silence is weighty, but what is clear is that she cries, tears of grace falling down her face. And with that, the film is finished.

Yes, with tears of grace, it is finished. 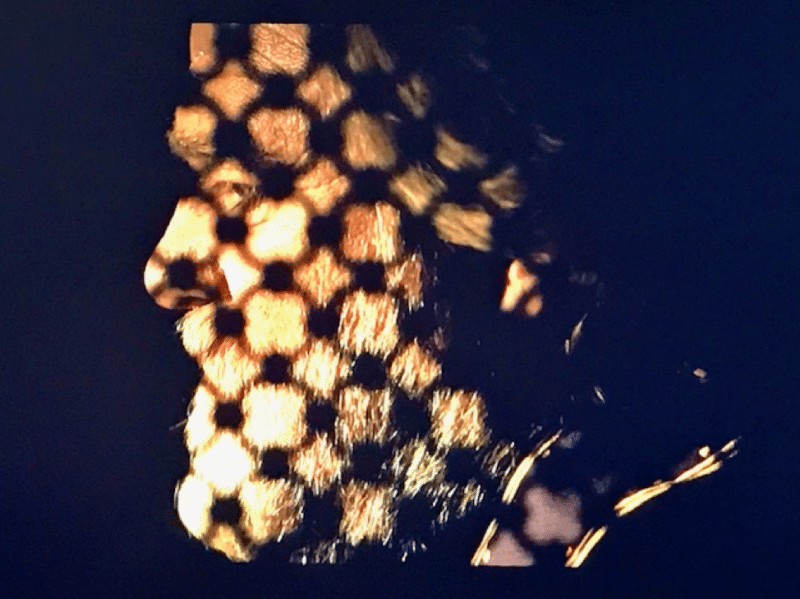 Redemption Where We Least Expect It

Missio on Grumbling: Reframing the Mundane

Missio on Self Reliance: Reflections on The Revenant – How Bad Do You Want It?