“Workers of the world unite— all you have to lose are your chains!”

The terrible irony of Marx’s challenge to the 19th-century is that wherever his revolution went, workers were in fact chained in. The Marxist-Leninist-Stalinist vision of human being in the world was the cause of untold sorrow for millions upon millions of people throughout the world; rather than “unchained,” the peoples living under communist regimes were locked in; walls had to be built so that the “freed” people could not leave.

That same dynamic is true now in Ukraine. Even with the political rhetoric of Putin to the contrary, most of the Russian people (by my news sources) know that he is lying about the reasons for sending his army into Ukraine. There was no crisis that he did not create. The pretext of “saving Ukraine” from the West and NATO is gross deception with tragic consequences for the Ukrainian people, whose cities are being bombed to ostensibly “save” them from America and Europe.

Lord, have mercy. Please, we pray.

Over the last days I have thought of the German film, “Good Bye Lenin!”, almost a farce except it could be true. When the communist world began to implode in the late 1980s, and Berlin was opened again as one city, an East German family tries to cope with the titanic changes. The heart of the story is of a mother who bought the communist vision with her whole heart, sure that the Berlin Wall kept the West out of utopia. Believing the lie that she had grown up with, she “knew” that apart from defenses against the West, East Germany would be overwhelmed by the mass migration of those who longingly looked over the Wall, wishing and wishing again that they too could live under the promised hopes of Marx et al.

She has a disabling stroke, and with that the story begins. Her son loves her very much, caring for her in her distress. When 1989 comes and goes, and the Wall falls, he realizes that his mother will not be able to live with the freedoms of the West that have now become normal for East Germans— and so he conceives of a plan to create a small universe for his mother to wake up into, one where she will not know that the world has changed. I won’t say more.

While once sympathetic to Marx, coming of age in the days of the counter-culture, living in communes in the U.S. and Europe, dreaming of “the revolution” in my own way, I came to see that violence was written into the meaning of the Marxist/Leninist/ Stalinist vision— “You have to break a few eggs to make an omelet”* —and was against everything that I believed more deeply about the common good and a commonwealth.

Years later, to my surprise, I have come to know and love the people of Central Europe who lived for years and generations under the terror of totalitarianism, their tears becoming my tears, listening to the griefs and sorrows of these wonderfully courageous people who have time and again drawn me in to think with them about their future, about the recovery of the idea of vocation for the common good of their cities and societies.

In those years of wondering about the world, and my place in it, I discovered the poetry of Steve Turner from London. Very hip, very provocative— “bright as a light, sharp as a razor” —his way with words caught me, giving me a way to see and hear the world of those years of my life; and that has continued, his imagination still running through the days of my life. His poem, “When Your Revolution Is Over” captures this week, and every week, this year, and every year. 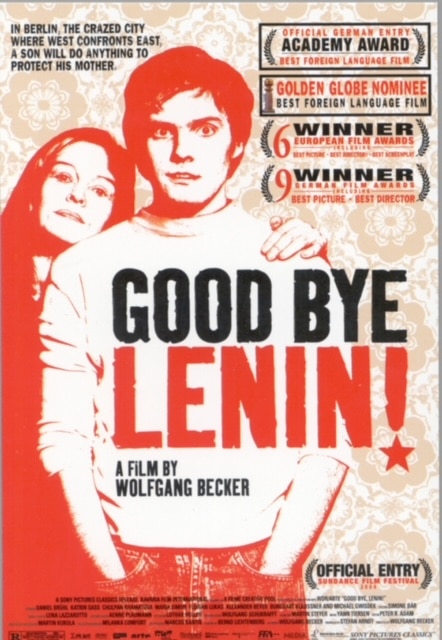 (*A quotation often attributed to Stalin, it became more widely used by the pro-Stalinist journalist Walter Duranty, who in the 1930s misled the world in his reporting about Stalin’s starvation of the Ukrainian people / https://www.theguardian.com/world/2003/may/04/russia.usa)

Missio on Joseph: The Common Good is the Greater Good

The Task of Translation