“At crucial moments of choice, most of the business of choosing is already over.”

How else do we explain the choice of a boy, amidst the glory of fun with his friends, jumping into a frozen creek to save his little brother from drowning?

How else do we explain his choice as the delivery boy for the local drug store to bear psychological and physical hurt to protect a customer from the horror of a poisonous prescription?

How else do we explain his choice as a young man to give up his long-planned trip around the world to keep the family business alive, after his father’s death?

How else do we explain his choice to forsake his honeymoon so that the family business stays a business in the face of the town’s financial crisis?

How else do we explain his choice to take the blame for his uncle’s forgetfulness and apparent theft of thousands of dollars, knowing it will mean arrest and imprisonment?

How else do we explain his choice to jump into a freezing river to save a stranger, an angel unawares—intensely aware that he is himself at the precipice of despair leading to death?

Yes, of course we watched It’s A Wonderful Life again, taking in its remarkable insight into the meaning of character and community, certain that director Frank Capra was a genius, a cinematic storyteller par excellence. (See the American Film Institute’s 100 Years..100 Cheers list, and think about what the list means, and doesn’t mean. In 2006, 60 years after its initial release in 1946, it was judged the film audiences most loved in the history of American cinema.) 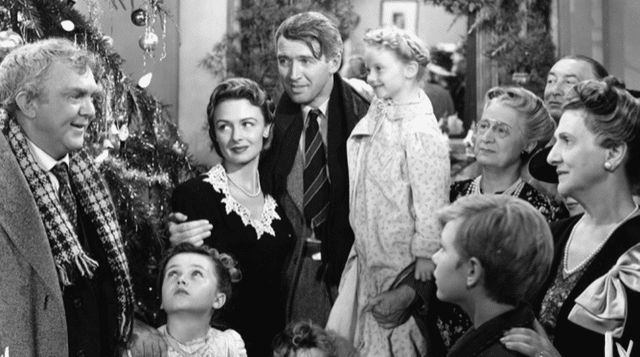 What is a good film? What makes a film good?

The best storytellers and the best stories tell the truth about the human condition; in the novelist Walker Percy’s perennially profound insight, only bad stories lie about who we are. That is as true of films as it is of novels, as true of plays as it is paintings, as true of economic and political paradigms as it is of educational visions.

But to press the point: has this story told the truth about me? do I recognize myself in the story? does it honestly account for both our glory and our shame, as people? for both the true happiness of human life, and the true heartache that all of us eventually know? does the story understand the complexity of your heart and mine? the nuances that run through every heart, the differences that make us different as human beings? does it see into the meaning of character as the defining reality of day by day life? does the story see the necessarily communal character of ordinary life for ordinary people? does the story address the question of transformation— and honestly account for why and how we change our hearts about the things that matter most?

Though I have seen this film almost countless times, it always surprises me. Perhaps it is that I live in a world where nature seems to eat grace for breakfast, where an eye-for-an-eye seems the only rule we play by. But in this Christmas classic there is another story threading its way through the meaning of life and labor and love. When the town of Bedford Falls gathers in the Bailey’s living room, bearing their glad gifts of affection and respect, singing “Hark, the Herald Angels Sing,” my tears flowed. First a few, and then my cheeks were wet, moment by moment aware that tenderness and goodness was incarnate before me, and that I was watching a story about the way the world should be, and sometimes, sometimes is.

Many years ago I read an essay in which the words of Iris Murdoch jumped off the page. “At crucial moments of choice, most of the business of choosing is already over.” Studying the ethic of character at the time, I was reading and reading the best minds I could find through the centuries, willing to learn from anyone anywhere who might have honest insight into who we are and why we are, and therefore the ways that we live characteristically. And yes, it was that word, “characteristically” that was key. We will choose out of our hearts, our deepest sense of self, our character giving shape and substance to our choices.

Seeing George Bailey respond time and again — from his first dive into icy water to save his little brother, through the years of his life with his millions of choices, to his last dive to save the angel Clarence — it is clear that he saw himself implicated for love’s sake in the way the world was and ought to be, even as he strained over the meaning of his choices. There is nothing romantic about the way that life is portrayed in the film. Exasperating frustration, deep disappointment, even malice and evil: the world, the flesh and the devil work their way into George’s soul, doing their darnedest to discourage him from being what he needed to be in that time and place.

But this is what true vocation is for everyone everywhere; in fact it is the very meaning of vocation. It was so for him, as it is for all of us — at crucial moments of choice, most of the business of choosing is already over.

Justice Cannot Be Just Us

The Way the World Really Is