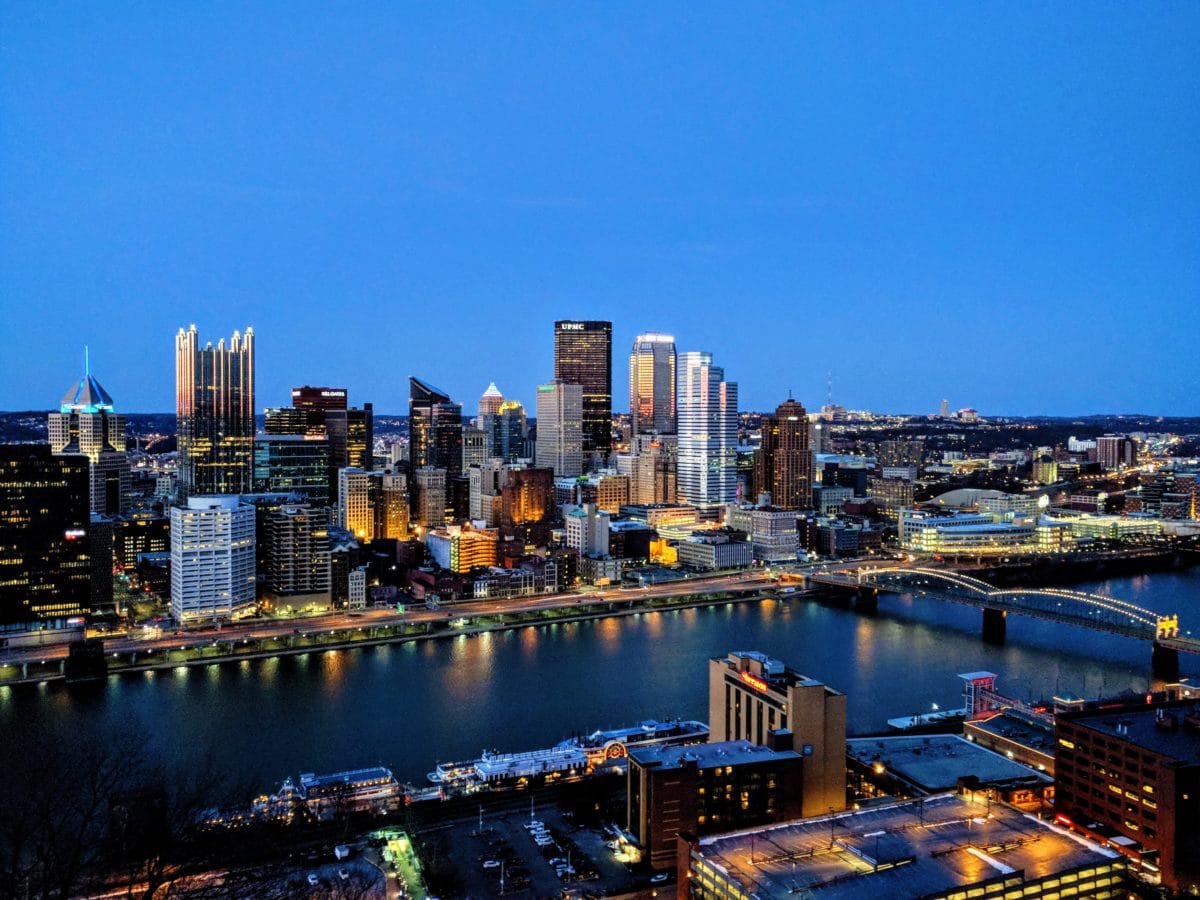 The way the world’s supposed to be.

Is there a world like that? Do we know? How would we? What does it mean? These are the greatest questions of life, and ones that we answer very differently, given our deepest commitments about the meaning of life, our beliefs about God, the human condition, and history.

For some, it is a clear “no,” sure as we are that no one knows, and no one can; so it is arrogance to assume that we know anything like that. Others aren’t quite sure, so rather than weighing in with confidence on one side or the other, they simply step away from any presumed certainty. And others hope so, sure that something is true because everything cannot be “whatever,” that justice cannot be “just us.” More could be said, of course.

None of this can remain in the abstract for very long.

Last Saturday I was with the Pittsburgh Leadership Foundation, looking out on the city from the Station Square. For a day, they convened a group of people with long commitments to Pittsburgh, going further up and further in to PLF’s decades-long engagement of the most difficult questions and concerns of the city. In the language of the prophet Jeremiah, they have longed for “the flourishing of the city,” and have kept at that for years, taking up Pittsburgh’s hopes and fears with new and renewed energy through generations. For that reason alone, their work is remarkable.

I was asked to finish the day, reflecting on what I had heard, and what it meant. Like all cities, Pittsburgh is a story-shaped community, one that runs across the centuries. The history is long and complex, but I chose to begin by remembering Robert Lavelle, the Hill District banker whose long work served the financially underserved of Pittsburgh, and Sam Shoemaker, the Episcopal rector who spent years praying for Pittsburgh, telling about their contributions to the story of the city. And after rooting this in the vision of jubilee, a window into the way the world’s supposed to be– which happens to be the name of a conference hosted in Pittsburgh for the past 40 years –I drew into the conversation the vision of Wendell Berry, not from Pittsburgh but a man who writes for all of us.

In his essay, “Two Economies,” Berry argues that everywhere we look, there are “lesser economies”— for example, the University of Pittsburgh Medical Center (UPMC) whose headquarters now towers over the city, Pittsburgh itself, the state of Pennsylvania, and finally the United States —each in their own ways creating and managing metrics which judge their effectiveness and profitability over the course of time. But then he argues that there is a “greater economy” too, one that we don’t get to decide, to choose, to prefer, or to want, because it is the world that is really there, whether we believe in it or not. Sometimes described as “the most serious essayist in America today,” Berry simply says that the greater economy is “the kingdom of God,” but “you can call it what you want to call it.” What we do not get to do is to deny it.

And over the pages of his essay he maintains that the lesser economies must eventually live within the reality of the greater economy. That will happen, because their limited, or lesser, visions of economic well-being— the common weal, or commonwealth (good word that is for the “commonwealth of Pennsylvania”) —will finally be judged by reality, by the world that is really there.

The implications cross the whole of life, of course, far beyond their meaning for economies. From sexuality to marriage, from local politics to international diplomacy, we choose, which is our dignity— as Mumford and Sons say so poetically and persuasively in the song, “Timshel” —but eventually the contours of the cosmos constrain us, because after all, reality is reality.

Because this was Pittsburgh, it was impossible not to think about the history of the city, the Steel City it was and no longer is. Books have been written, dissertations have been defended, and of course thousands of lives have been lived out through the complexity of this history, and anything I say here will be short-hand for the longer, deeper story. But this is true: the failure to see the lesser economy as necessarily written into the meaning of the greater economy brought about the implosion of the steel industry. To put it simply: robber barons cannot keep robbing, and unions cannot keep unionizing, each seeing their respective interest as a zero-sum game. When each chose to strangle the other, everyone lost. Steel is still being made, but not in Pittsburgh.

I talked about my work with the Mars Corporation, and its unusual vision of “an economics of mutuality,” a surprisingly serious effort to rethink the purpose of business by creating metrics which account for a more complex bottom line. If it is long-term profitability that we care about, making money over the long-haul, then the more complex bottom line is almost pure realeconomik, the reality of economics. Not corporate social responsibility and not green-spin, the economics of mutuality is a fundamental reworking of the very nature of our commonwealth, one that honestly accounts for profit, for people, and for the planet— not privileging one as “the real bottom line,” but honestly accounting for all three as integral to a healthy business and economy, for sustained profitability.

More was said, and still needs to be, but what was very good about the day was that there were serious people in the room who have long loves for their city, and who are asking the most important questions about what its flourishing will require of them. Born of a shared vision of vocation, they are giving themselves to being common grace for the common good, hoping their work in Pittsburgh is a signpost for the way the world could be and someday will be.

(The city of Pittsburgh as it is, and yet romanticized too. Like every city, it is much more, and much more complex, with glories and shames running through its streets and neighborhoods. One of several pics I used in a powerpoint presentation, asking “What is the city, and what is our responsibility to it and for it?”)

The Ethics of Buying Squash

Baling Twine and Wendell Berry Too

Missio on Joseph: Thinking Through Power